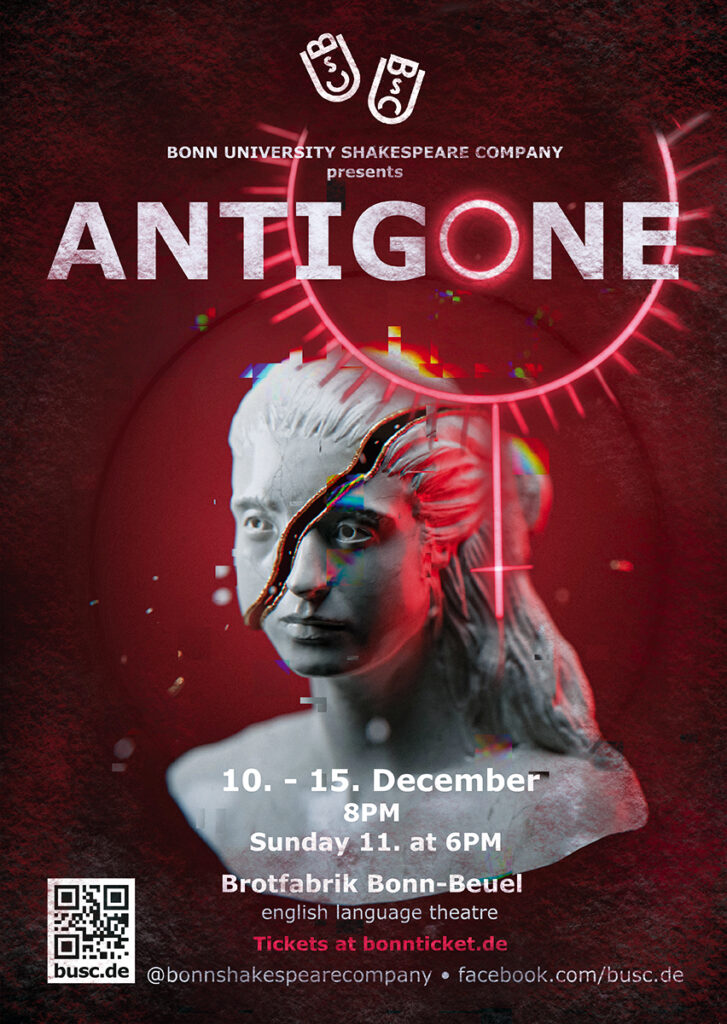 A vacant throne, a contract between brothers and the intention of doing the right thing.

The king of Thebes has died and his sons Eteocles and Polyneices fight over the succession to the throne. Both find their ruin in the pursuit of power; while Eteocles dies protecting the city, Polyneices dies trying to destroy it. The new king Creon rules that in honour of Eteocles, Polyneices is to stay unburied. Their sister Antigone is outraged about this unjust law that contradicts the laws of the gods. But…

Should we value unwritten laws of humanity more highly than the laws made by humans? Should a peson be treated differently in death because of their actions in life? And should one risk everything to do the right thing?

These questions may be even more relevant today than 2500 years ago when this play was originally written.

A modern adaptation of the tragedy by Sophocles.