“Come, give us a taste of your quality. Come, a passionate speech.”

In case you will absolutely not be able to come to the auditions at the IAAK in person (see below for information on the in-person auditions!) you now have a chance to audition digitally. Please note that there are significant advantages to coming to the in-person auditions, such as showing the director how you interact with potential castmates as well as showing chemistry with the other actors! You shouldn’t opt for the digital auditions as a quick & convenient alternative.So, if you absolutely can’t make it to the regular auditions, here’s what you have to do:1. Book a timeslot between 4 and 9 pm. (First come first serve.) Each timeslot is 30 minutes: https://calendly.com/busc/auditions-antigone2. Download the DIGITAL AUDITION TEXTS and choose either a scene and a monologue or two scenes or two monologues with the roles you want to audition for. One thing is of course also okay.3. Prepare. You don’t have to memorize it but you should have thought about it and tried out a couple of ways to go about this character.4. Join the zoom call (you will receive a link via email) at the time of your slot and audition!

Dear BUSCers and those of you who want to join us!

we are excited to announce the auditions for our coming winter production ANTIGONE. After having to do auditions in a very restricted form for the last productions, we will be returning to the “classic” BUSC auditioning process for ANTIGONE. What does that mean? We have prepared a little explainer and walkthrough below! If you have any questions, please write a mail to regie@busc.de!

What are auditions and why does the BUSC do them?

The auditions are there so that the directors can find actors for their play. The best way to find out exactly how that works is to see it on the spot, but here is a little insight:
To audition for a role, you pick a scene from the audition texts in which this character appears. Then you find actors for the other roles in the scene and study the scene together with them in a separate room. In doing so, you think about a “staging” of this scene together: So the scene is played and not only the text is read out! When everyone feels comfortable with the scene, you go back to the room where the directors are sitting and play the scene. The directors take notes and give feedback afterwards, e.g. that the scene could be played a bit differently, or maybe with different roles. Following this pattern, new groups always come together and you can audition for different roles in different scenes. On a form everyone fills in his contact details and can indicate which roles he is interested in.

After the last audition, the directors decide on the cast of the play based on what they have seen at the auditions. 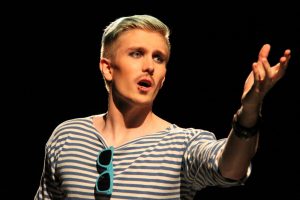 We don’t have a tough casting show jury – on the contrary: The directors are happy about everyone who auditions, and if they give feedback, it’s exclusively constructive. By rehearsing scenes together, having fun and getting to know each other is almost guaranteed. This friendly atmosphere is especially valuable, after all, only in such a relaxed and open environment can you really come out of yourself and act! 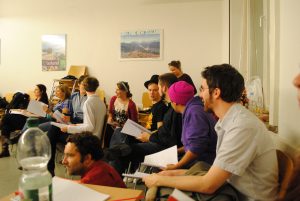 Where do I get the audition texts?

Usually the texts and role profiles are available for download on our homepage. It may be that this is not possible for some plays for copyright reasons. In these cases the alternative will be announced on the homepage, for example that you can have the texts sent to you via email. In any case, a few copies of each scene are available at the auditions. 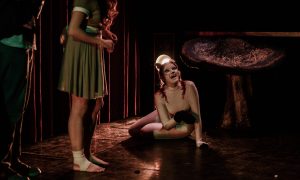 Do I have to know the audition texts by heart?

No. If you are particularly interested in a specific role, you should study the corresponding text a little before the auditions – this way you will simply have a better overview and can play more freely. But it is very rare that someone knows the text completely by heart. 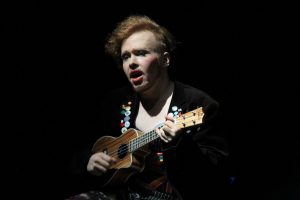 Do I already have to be a member of BUSC to audition?

No, everyone is invited to the auditions! Also the assignment of roles does not depend on whether someone is already a member or not – existing members are not preferred. If you are cast, however, you must officially become a member of BUSC for insurance reasons. This is done by paying the membership fee of € 20 per year (or € 10 if you join after July 1st of a year). 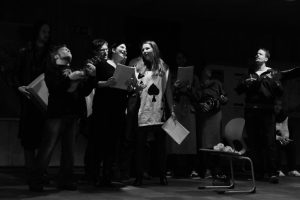 How many roles can I audition for?

As many as you like! It’s up to you if you prefer to concentrate on two or three roles, or if you want to audition for many roles. Basically, the more different sides you show, the better the directors can judge you. Maybe they will see you in roles that you hadn’t even considered before! 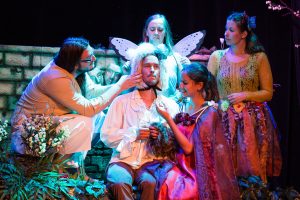 So I can audition for any part?

Basically, yes, you can audition for as big a role or as small a role as you want. In addition, directors are very often open for so-called “crosscasting”, i.e. women taking on male roles and vice versa. You can usually read about this in the role profiles or just ask the director. With modern plays, however, it is possible that the publisher who owns the rights to the play prohibits crosscasting. 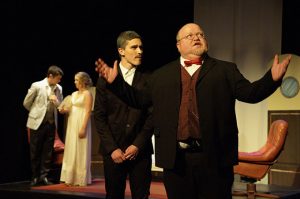 How many auditions should I attend?

As many as you like! But it is generally a good idea to come to the auditions more than once: That way you have the opportunity to audition for more roles, the director will remember you better and you get to know each other better. Besides, auditions are simply incredible fun! 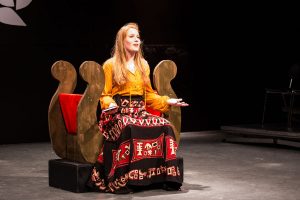 What does it depend on if I get a part?

The decision about who gets which role is made by the directors alone. Of course, the most important thing is what they were offered during the auditions and who they can best imagine in which role. It’s also important to be available on certain dates: you have to be able to play on all performance dates, of course, but you should definitely have time for the main rehearsals and the rehearsal weekend. The exact dates are written on the form that everyone fills out at the auditions. 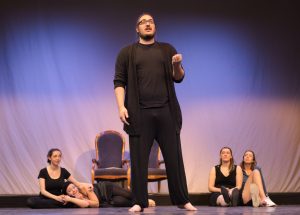 When and how will I find out if I’ve been cast?

Usually, the directors decide within a few days after the last casting date whether the roles have been cast. If not enough actors have auditioned to cast all roles by then, further audition dates may be scheduled. The directors will inform everyone who has auditioned personally about the casting, even if it unfortunately did not work out.

Actually, acting is not really my thing – can I also take part backstage?

Sure! In the BUSC we organise almost everything ourselves: Costumes, make-up, props, stage design, posters, programme, PR events and much more. That’s why we are always looking for people who enjoy these things! To join the BUSC backstage, it is not absolutely necessary to come to the auditions. But it’s a great opportunity to get to know each other and exchange contact information. But if you really don’t have time for the auditions, just send an email to vorstand@busc.de. 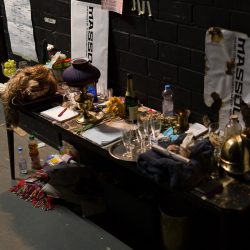 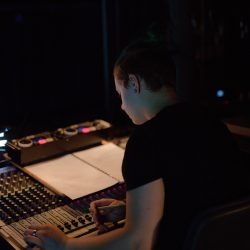 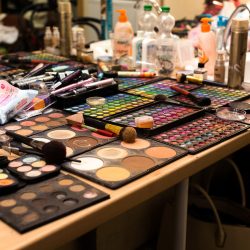 So I should definitely go to the auditions?

YES! Lots of BUSCers are all too happy to talk about how insecure and intimidated they were by the auditions and sometimes delayed going beyond semesters – only to find out that the auditions are simply great fun! So, come by, show us what you can do, and most importantly: Have fun! We are looking forward to seeing you! 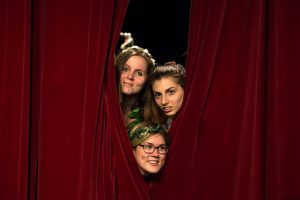